Since 1844, there have been three councils in the area that is now covered by Eurobodalla Shire Council.

The first council for the region linked the south coast to Braidwood and served as a single police and administrative body but did not collect rates or make any decisions which regulated the lives of local residents.

A Municipal Council for Moruya

In 1889, with 1236 people, Moruya had the population to apply for Municipal status as a semi-urban council. This status was granted in 1890 and included a right to collect rates. In 1905, the boundaries of local government grew under the Shires Act which divided NSW into local government shires.

While the Municipal Council continued to look after Moruya, the new Eurobodalla Shire Council – which was proclaimed by the NSW Government in 1906 - was to be responsible for a much larger area that stretched from Durras Lake in the north to Dignams Creek in the south.

The new Shire was governed by an interim Council of public men. They were responsible for organising the Shire's first election, including the paper supplies, the ballot boxes and the advertising and for supervising the police who verified the name of all the eligible voters. The election when it was held was a tight one, with one of the areas within the Shire won by a Councillor by a single vote.

The six new Councillors were: 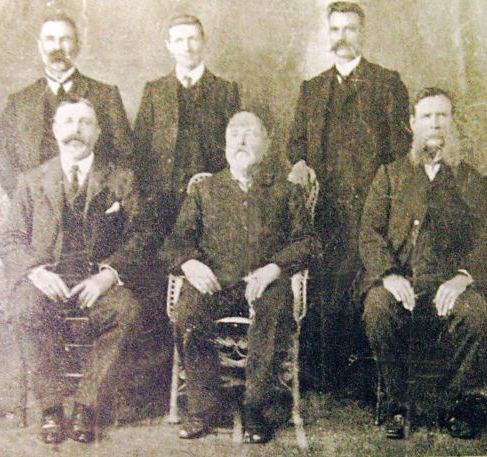 Moruya was chosen as the seat of the new government because of its central location, commercial importance and because there was a newspaper here.

Council then had to appoint a Councillor to the top role of President and Cr Edward M. Mort was unanimously elected because of his social position and business acumen.

Council's priorities were engineering new roads and maintaining old roads, managing finances and the health of the community and gradually the Moruya Municipal Council became irrelevant. In 1913, Eurobodalla ratepayers voted to amalgamate it with the Shire. Five days after the Municipal Council met for the last time on 17 November 1913, Eurobodalla Shire Council became the sole local government authority.

Eurobodalla had a Shire President up until the new Local Government Act 1993 came into force. In 1993, Councillor Chris Vardon became the last Shire President and the first Mayor.

Prior to 1993, the title Mayor was only used in city and municipal councils, but not in shires which covered most rural and regional areas of New South Wales.

We now have nine councillors, a popularly elected Mayor and Eurobodalla Shire Council services have expanded greatly over the last 100 years.